The Kenya Climate Change Working Group was formed in April 2009, as a resolve by members of various civil society organizations and donor partners in Kenya, to come together to form a united front in confronting the causes and effects of climate change in broad and specific terms in Kenya, Africa, and elsewhere where their contribution would be needed. The issues of concern include; the continued livelihood threats posed by climate change, the fact that Kenyan people are among the most vulnerable groups and the need to unite in diversity to enhance the advocacy, create synergies on their strengths and strengthen climate response actions. Members of the KCCWG elect a National Steering Committee (NSC) at the thematic group’s level. The NSC is in charge of fundraising, reviewing and making appropriate recommendations on KCCWG activities and facilitating capacity enhancement as recommended by members, linking the KCCWG with the government and other relevant partners and monitoring and evaluation of all projects undertaken by KCCWG, assisted by the secretariat, among others. KCCWG, therefore, is a forum that brings together Civil Society Organizations in Kenya and donor partners, government departments and agencies working on climate change and for climate justice; for the purpose of creating synergies, harmonizing and strengthening of efforts in the design and implementation of activities that address Climate Change and lobbying and advocating for favorable national policies in the promotion of climate justice for all, especially the most vulnerable. 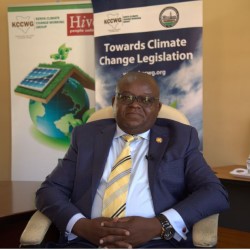 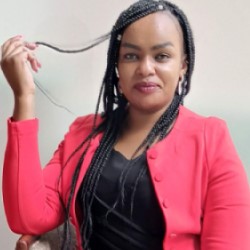 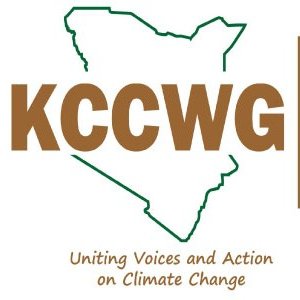 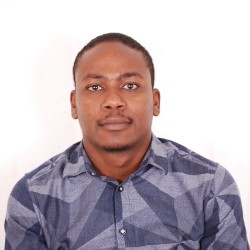 To advocate and campaign for a positive policy and legislative framework that puts into account the effects of climate change on human (Kenya's) development.
To support and coordinate civil society organizations, and the Government of Kenya to participate meaningfully in the climate change debates at the local, national, regional and international level, including Subsidiary bodies and Conferences of Parties (COP).
To reduce climate change vulnerability of poor communities in Kenya through awareness and strengthening the capacity of Kenyan local communities and civil society to implement community based adaptation projects.

To participate and lead in the development and implementation of climate change sensitive policies, projects and activities to minimize the vulnerability of peoples due to climate change.

A people free from the vulnerabilities due to climate change and empowered enough to engage in their livelihoods’ improvement within the changing climate.